Daax has been drawn to video games for as long as he can remember.
He views video games as a way to socialize and interact with other people.
As a result, he only plays multiplayer games, with a main focus on end game content in MMOrpg titles.
His main game is Star Wars: The Old Republic and Virtual Pinball.
He livestreams multiple times a week on Twitch, and creates content on Youtube.

Daax is the founder of Serenity Gaming, an online community with over 100 of his IRL friends.
He also runs the following projects:

Daax's setup
About Starcade
About Serenity Gaming
the technology 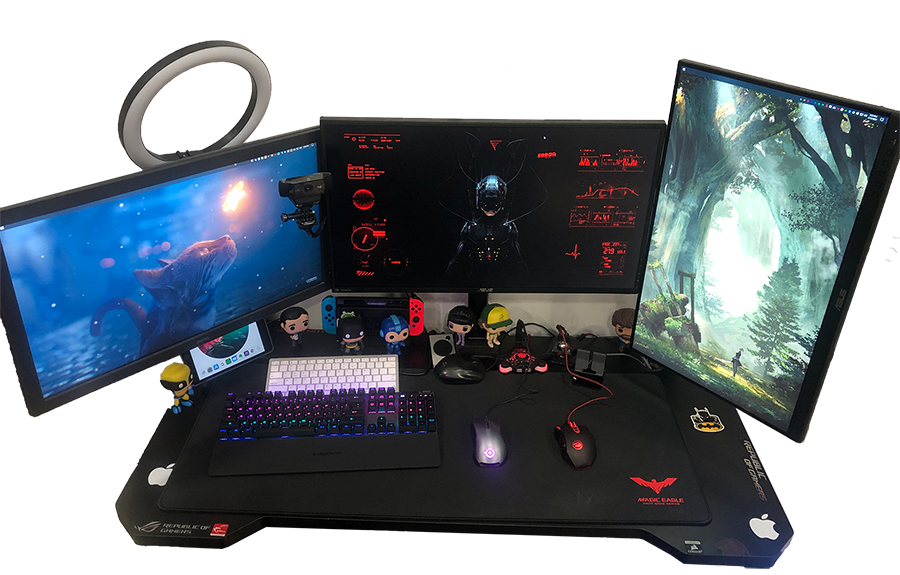 Starcade was a competitive Arcade game TV show in the 80's.
That's where Dustin got the name and idea from.
In the contestants would go head to head, playing Arcade games to see who could obtain the highest score.

So our plan is to run simliar events and use many of the arcade games used in the TV show!
Our organized events are fun for young and old! We love to see what high scores people can obtain.

Our ultimate goal is to have fun with friends and family, play some retro arcade games and pinball!
Click here to find all the scores and events!

All of our Arcade and Pinball Cabinets are custom designed by Dustin.
However, he is terrible at carpentry, so his good friend Zach has helped out with the wood working side of things.
Nothing has caught on fire... yet! Next planned build is a single player mini Arcade, stay tuned for build updates! 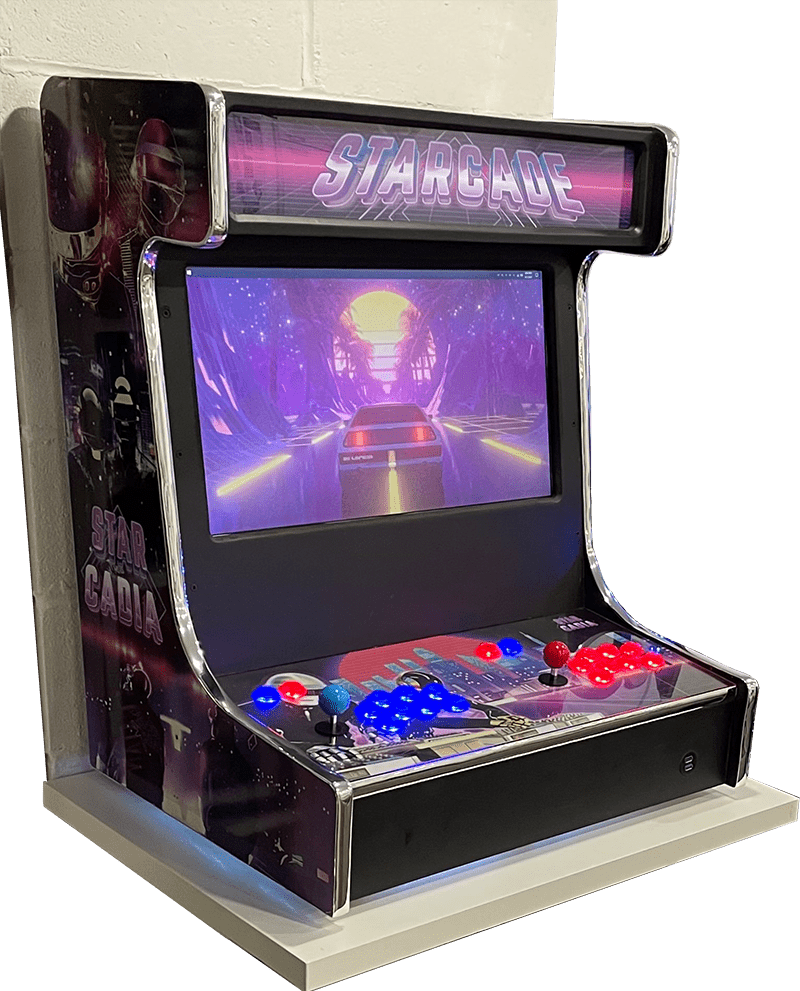 The 2 player Arcade machine is themed after Daft Punk, one of Dustins fav EDM groups who split up in 2021. The Arcade is built from a single sheet of MDF.

Ever since he was a much smaller kid Dustin has been in love with Pinball. So when he found out its possible to build a viritual pinball cabinet, he had to try.

This was one of the largest projects he's ever taken on. With over 6 months of blood sweat and tears, its here. Although they say your never truly 'finished' a vpin!

Serenity Gaming was founded by Daax in late 2005, not long after he had moved from New Brunswick to Nova Scotia Canada and  married an amazing girl.
He had a passion for playing organized video games with friends, so he set out on a mission to find other liked minded gamers who shared his faith.

After recruiting all the local geeks and nerds, the groups numbers were close to 15 people. Then in 2007 he met some more like minded gamers from Ontario, they became instant friends. And soon after that the Serenity Gaming Community began to really grow. What started out with 10 - 14 nerds has now blossomed into a strong thriving community of over 100 gamers from Canada and USA.

We've hosted 20+ person LAN Parties, with people flying & Driving from all over Canada to join us in Cameron's basement!
To keep things focused and organized we've only adopted a couple games as our main titles. We've ran a Star Wars: The Old Republic raid team since the games launch back in 2011, and we are still going strong, raiding two nights a week.

Back in 2018 we also took on Rocket Lads, which is our in house tournament series for Rocket League. We've had four amazing Seasons and we are not stopping!
We've created our own grassroot esports, with a production team and casting crew and highly skilled players! We play for fun and enjoy the great balance and association our hobby brings us. We are extremely proud of the clean environment we have created for our members.

In winter 2021 we were  very excited to announce our newest division Starcade! Starcade is local event Daax and his wife run out of their apartment.
Its all based around classic retro arcade games from the 80 and 90s. People come over and play in events and to try and get high scores for their approved games! Check it out here.